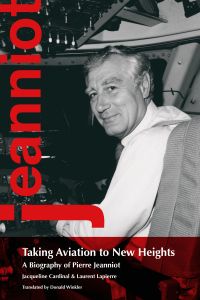 To chart the inspiring journey of Pierre Jeanniot is to trace the remarkable development of the air transport industry. In his youth, Jeanniot survived the bombing of Rome, the occupation of France, and was a witness to the Resistance in the Jura Mountains. In 1963, after the Sainte-Thérèse air tragedy and the threat of finding himself jobless, Jeanniot was inspired to create the famous Black Box, which has since become a pillar of aviation security. Under his direction, Air Canada chose the Airbus rather than the Boeing to renew its fleet, in the midst of a highly visible political crisis. Against all odds, Jeanniot also orchestrated the successful privatization of the airline. His visionary speech at Amman, delivered when he was at the helm of the International Air Transport Association (IATA), laid out modern aviation’s most urgent priorities regarding accident prevention, protection of the environment, and technological progress. A master of logistics, he successfully negotiated the impasse in the skies following the September 11 terrorist attacks and handled the many complications that came in their wake.

Pierre Jeanniot’s influence has been felt far beyond the aviation world. His longstanding desire to facilitate access to higher learning led him to participate actively in the founding of the Université du Québec. A skilled diplomat, he also helped to resolve political problems in Iran, Libya, North Korea, and the Middle East. Taking Aviation to New Heights is the story of a great leader who has left an indelible mark on his milieu. He has truly piloted aviation to new heights.