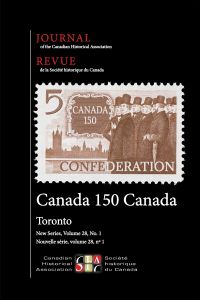 This article examines examples of settler-initiated political alliances with Indigenous peoples in Canada over the twentieth century, placing them in their social and historical context, and assessing their insights as well as ideological and material limitations. I explore four very different examples, ranging from protests over the dispossession of land to attempts to preserve Indigenous cultures to the post-World War II organization of the Indian Eskimo Association and youth Indigenous projects associated with the Company of Young Canadians. Past settler efforts to create alliances or speak on behalf of Indigenous peoples incorporated multiple intentions and political ideas; they included both efforts at advocacy and partnership and paternal replications of colonial thinking. Assessing their complex histories is an important part of our efforts to grapple critically with Canada’s history of colonialism.