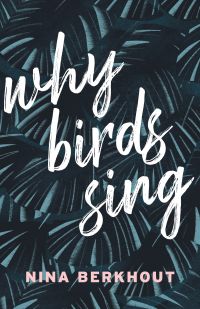 A charming, deeply felt novel about human connection and finding music between the notes

When opera singer Dawn Woodward has an onstage flameout, all she wants is to be left alone. She’s soon faced with other complications the day her husband announces her estranged brother-in-law, Tariq, is undergoing cancer treatment and moving in, his temperamental parrot in tow. To make matters worse, though she can’t whistle herself, she has been tasked with teaching arias to an outspoken group of devoted siffleurs who call themselves the Warblers. Eventually, Tariq and his bird join the class, and Dawn forms unexpected friendships with her new companions. But when her marriage shows signs of trouble and Tariq’s health declines, she begins questioning her foundations, including the career that she has worked so hard to build and the true nature of love and song.