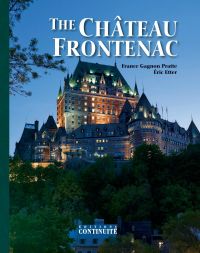 For over a century now, the stately and prestigious Château Frontenac, which graces one of the most beautiful sites in Quebec City, has captured the imagination of visitors from all over the world. This is the fascinating story of how the Château's architecture has evolved over the years and how the fabled hotel earned its international reputation.